In Drama and Musical Theatre, we do two performances a year. A Pantomime and the End of Year Concert. All of our scripts are written by Miss Jahn and they are always light-hearted, and contain a child-friendly humour to them. Being a drama student is constantly fun. Playing acting games, working on improvisation, becoming a character and learning lines are part of what we do over the year. The Musical theatre is also available to drama students as a separate class on the same day but you have to do Drama to be able to do this class. Musical theatre is an extension class. It consists of singing, dancing and acting by learning songs as a group, then adding music and also lines to make short scenes. We also get to learn how to direct, choreograph and costume other students in our small performances. Drama and Musical Theatre classes keep me looking forward to Monday afternoons.  Lana (student aged 15 @ Jaksa for 7 years.)

*Valid for use across one week 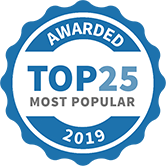